Beretta‘s 92FS, also called the M9 by the U.S. military, is a semiauto pistol built on an aluminum frame with a steel slide, and chambered in 9mm. This double-action/single-action pistol operates on a short recoil, delayed blowback system. 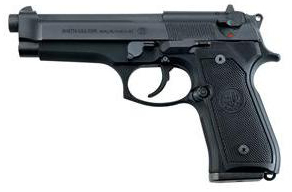 Other standard features include:

Beretta offers a variety of grip options, including various aluminum and wood models.

Beretta also offers a number of 92FS and M9 variations, including:

On camera: Check out Hickok45’s video review of the Beretta 92 FS. 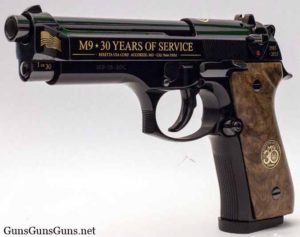 The M9 Exclusive, from the left. 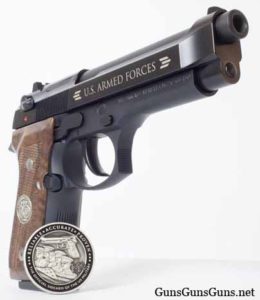 The M9 Limited from the right.