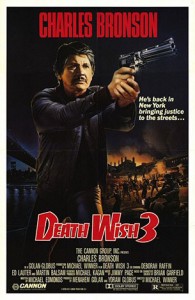 In America, many of us gravitate toward the biggest, the baddest, the fastest. Hence the Corvette, Pamela Anderson, 60-inch TVs, Wild Turkey, Mike Tyson, the Kingda Ka roller coaster and the Super Bowl.

This inclination has its adherents in the handgun world, too. Pistol power has been ratcheting up for, well, forever, and it’s due to demand. Remember when the .44 Magnum was the most powerful handgun in the world? That was a long time and many new cartridges ago. Modern behemoths include rounds such as the .500 SW Magnum, the .454 Casull and many others.

Most magnum-capable handguns are revolvers. Why? It’s proven difficult to construct a practical, functional, usable, magnum-caliber semiauto. Typically, semiautos hold the ammo inside the grip (there are exceptions, such as the Tec-22, Ruger Charger, etc.), and because magnum rounds are big, they require a big grip. Too big for some shooters to feel comfortable with, it turns out.

That’s not to say semiauto magnums don’t exist. Over the years, at least seven models have gone into production chambered for heavyweight rounds such as the .357 Magnum, .44 Magnum, .44 AMP, .45 Winchester Magnum and several others.

A number of these semiauto magnums have entered popular culture. Quick, what was that big semiauto Dirty Harry broke out in the movie “Sudden Impact?” The Auto Mag, of course. Charles Bronson shot bad guys with a Wildey in “Death Wish 3” (pictured at right), and the Desert Eagle has appeared in countless action films.

Of the seven pistols listed below, five appear to be out of production (the Auto Mag, the AutoMags, the Grizzly and the Wildey). You can still find used specimens for sale in gun shops and on online sites such as GunBroker.com. The Desert Eagle and Coonan are both still in production (at press time).

This article pulls basic info for the semiauto magnums into one place. Each pistol’s listing is an excerpt from its main-info page, which contains the full description, specs, more photos, pricing info (when available) and links to external articles and reviews. To go to that page, simply click on the gun’s name, which is in blue-colored text.

I’ve organized these pistols alphabetically by manufacturer. If I’ve failed to include a model, please let me know via the Contact form at this link, or via the Comment form at the bottom of this article. 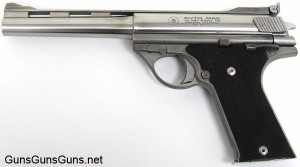 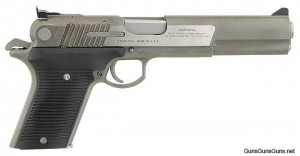 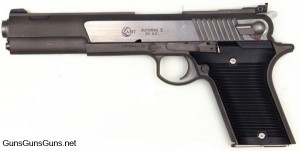 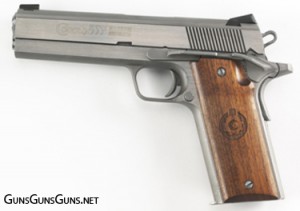 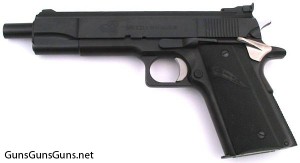 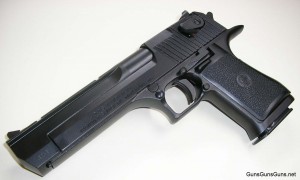 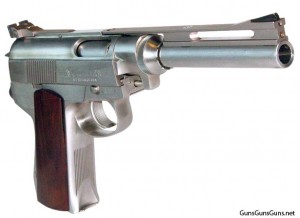