The ST9 semiauto pistol is produced by Sarsilmaz in Turkey. It’s built on a full-size polymer frame with a steel bedding insert. The frame seems to combine H&K and Walther pistol styling, and it’s modular; that is, you can run 9mm, .40 SW or .45 ACP barrels and slide assemblies on one frame. 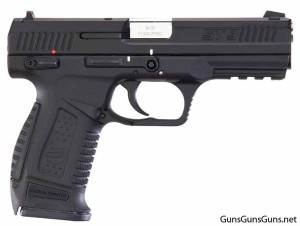 The ST9 from the right with the black frame and slide.

You can get the ST9 with a variety of frame finishes, including black, pink, violet, military khaki, olive green, desert yellow and coyote brown.

Note: The ST9 is also sometimes referred to as the SARGUN.

MSRP: Not officially available, but possibly around $450 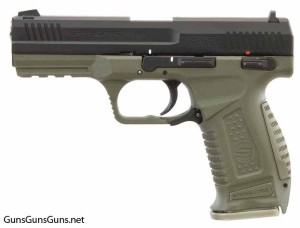 The ST9 from the left with the olive green frame. 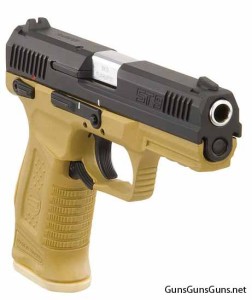 The ST9 from the right-front.